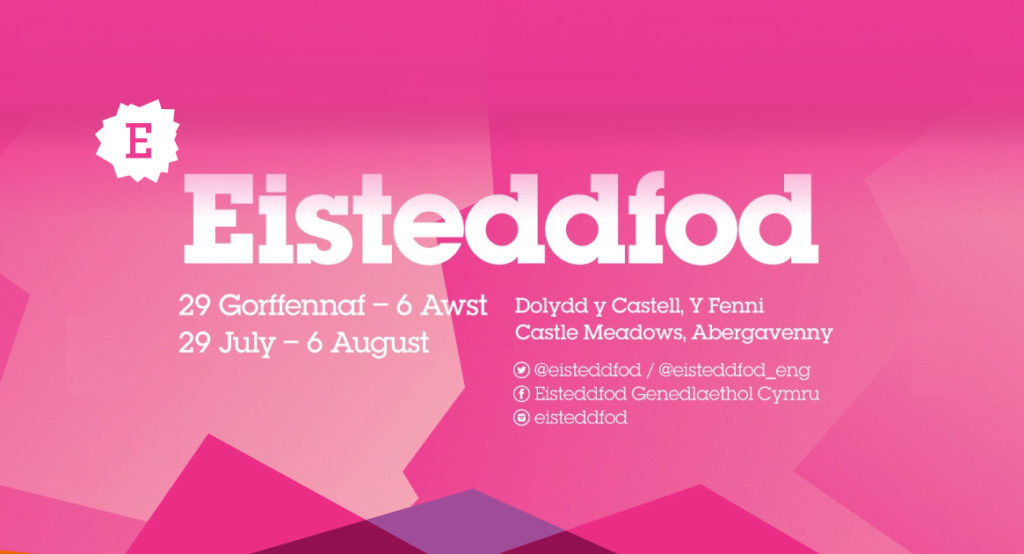 Posted at 09:36h in Uncategorized by Hilary Jones
0 Likes
Share

The Eisteddfod festival of Welsh music, literature and performance is a moveable event usually held in the first week of August, and this year it is setting up in Abergavenny at Castle Meadow. Running from the 29th July to the 6th August this year, Abergavenny will host what is the largest festival of competitive poetry and music in Europe.

Running since 1861, the national Eisteddfod offers literary prizes for poetry and prose and ceremonies are conducted by the Gorsedd of the bards. It culminates in the chairing and crowning ceremonies. There’s the main pavillion, but also smaller stages and places, such as the Pabell Lên (literature pavilion), Tŷ Gwerin (folk house) and hundreds of stondinau (stands and booths) where groups, societies, councils, charities and shops exhibit and sell to the eisteddfod crowds – usually around 150,000 across the week, with 6000 competitors.

The Pavillion becomes a concert space in the evenings, and Maes B holds Wales’ largest Welsh language pop and rock festival. This year Only Men Aloud perform at the opening evening concert.

For cottage guests with dogs, your four-legged friends are welcome into the main field, but only guide dogs are allowed in the Pavillion and the other Eisteddfod buildings.

You can start to plan your visit using the full programme and line up on the eisteddfod website.